It’s club comp night!  There’ll be a short fitness group warm up, then kit on and straight into the comp.

It’s a team comp, we’ll be pairing our Beginners with more experienced fencers and will be great fun!

SAFC travelled to Hitchin on Tuesday for a league match.

Unfortunately, Hitchin were too strong and just edged the Foil, taking that 5-4.  They also took the epee with a 6-3 win.

Starting Monday 9th May and running for an initial trial period of 12 weeks.

For monthly and quarterly payers it’s £6 per night (a subsidised rate for the initial trial period); for guests / weekly payers £12 (as per Thursdays). Cost will be reviewed when we see what the demand is like.
Space is limited to 3 pistes, so book early through the usual webform to avoid disappointment. 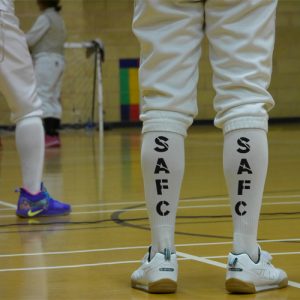 We will shortly have some SAFC branded club socks available.  £10/pair in various sizes.

Full details to follow, they’ll be available to buy in the club webshop soon. 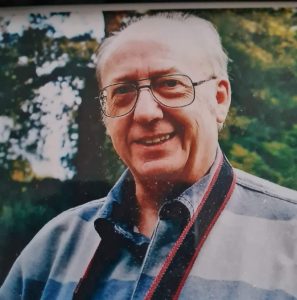 The club is very saddened to hear of the passing of Mike Whale.

Mike was involved right at the very beginning of SAFC and it’s fair to say the club may not have existed without him.

A former SAFC head coach, Mike also coached at other clubs  – one of our members was coached by Mike as a junior, back in the 1980’s at Welwyn Hatfield FC.

Cookie Consent
We're a provincial fencing club, not a multi-national data munching conglomerate and, we respect your privacy. We do our best not to store your data unnecessarily, or share it, but if you're concerened in any way, please contact us. In the meantime, please, click on the button to say you don't mind us using your data.
Cookie settingsACCEPT

This website uses cookies to improve your experience while you navigate through the website. Out of these cookies, the cookies that are categorized as necessary are stored on your browser as they are essential for the working of basic functionalities of the website. We also use third-party cookies that help us analyze and understand how you use this website. These cookies will be stored in your browser only with your consent. You also have the option to opt-out of these cookies. But opting out of some of these cookies may have an effect on your browsing experience.
Necessary Always Enabled
Necessary cookies are absolutely essential for the website to function properly. This category only includes cookies that ensures basic functionalities and security features of the website. These cookies do not store any personal information.
Non-necessary
Any cookies that may not be particularly necessary for the website to function and is used specifically to collect user personal data via analytics, ads, other embedded contents are termed as non-necessary cookies. It is mandatory to procure user consent prior to running these cookies on your website.
SAVE & ACCEPT